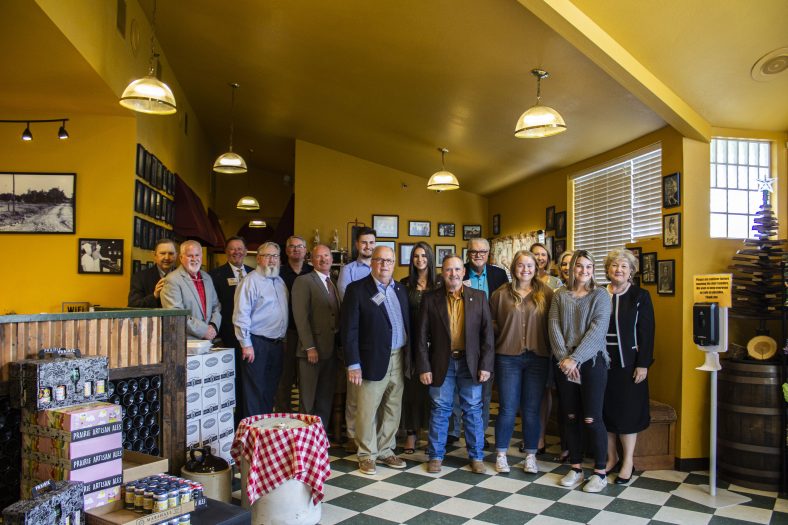 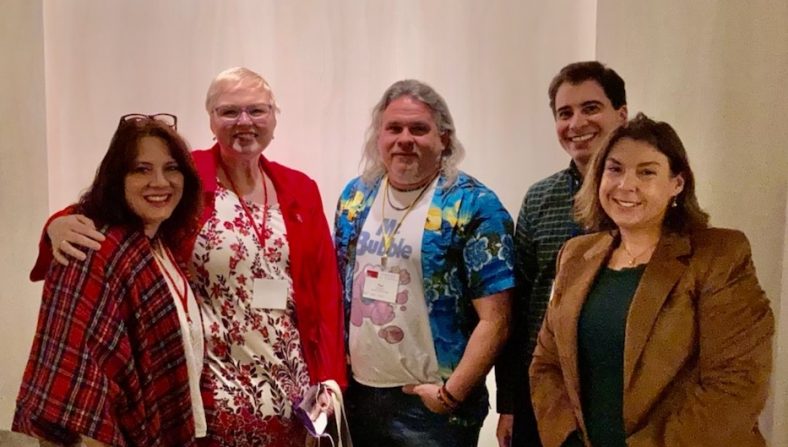 Professor of Government Jeffrey Christiansen gave a presentation in honor of Presidents’ Day on Feb. 18 in the Utterback Ballroom.

The title of the presentation was “Theodore Roosevelt: The First Modern President.”

The event was sponsored by the Social Sciences Division. 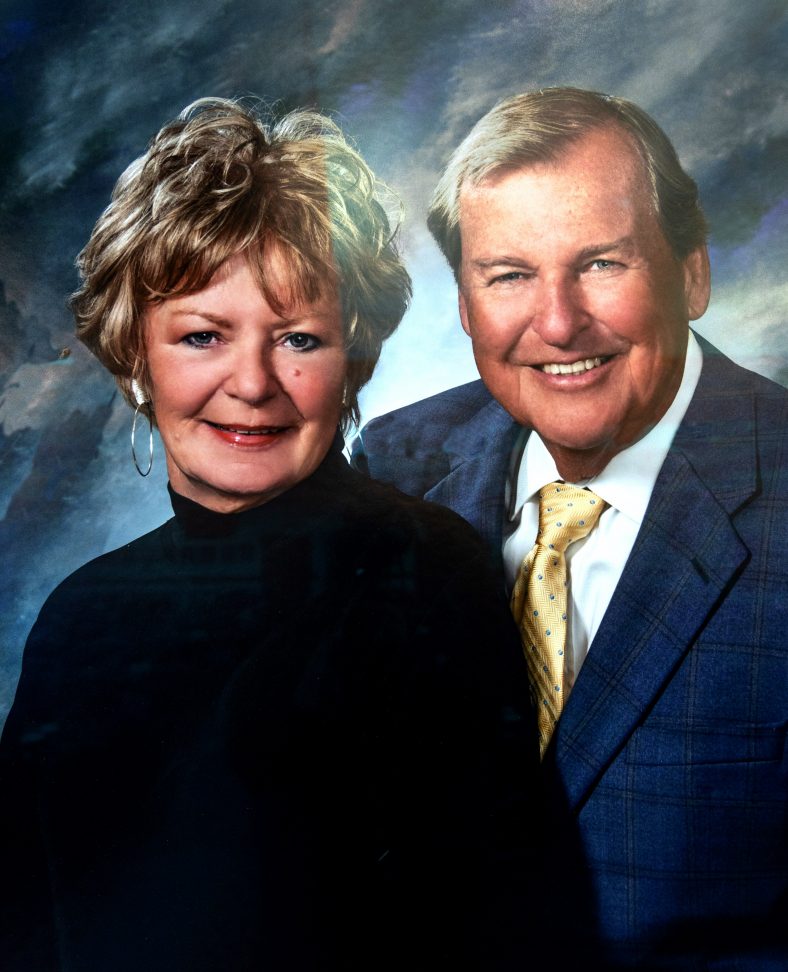 Former Seminole State College Regent, Foundation Trustee and long-time supporter Ben Walkingstick and his wife Bonnie were recently recognized at the Chandler Chamber of Commerce banquet by the Oklahoma National Guard with the Thunderbird Medal, honoring their “lifetime of exceptional service.” The Walkingsticks’ efforts to save the community’s local Armory and preserve it as the Route 66 Interpretive Center, as well as their financial support and political influence were credited as improving the City of Chandler and the State of Oklahoma. Lt. Col. Jack Vaughan, battalion commander for the 1-160th, said the Walkingsticks represent the National Guard motto “Always Ready, Always There.” Bonnie Walkingstick, a local business owner and civic worker, was also honored at the banquet as Chandler’s “Citizen of the Year.”

The Walkingsticks were recognized at Seminole State College with the prestigious “Founders Award” in 2011 for their support of the college. The Walkingstick Student Service Center is named in their honor and annual scholarships are provided to area citizens through their generosity. 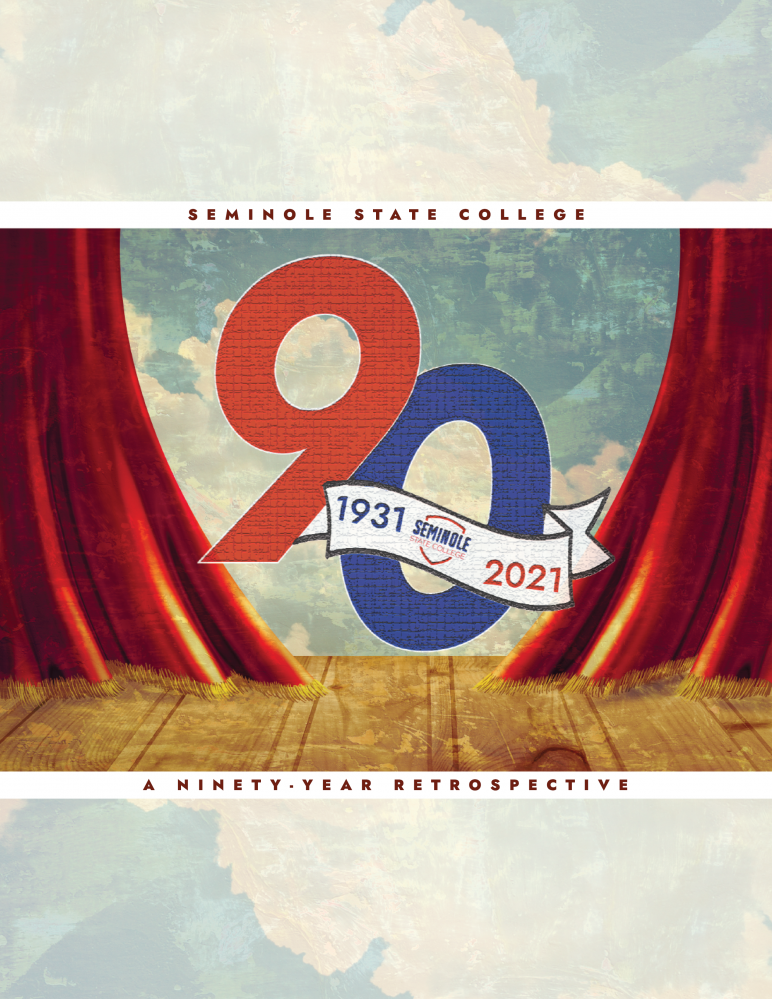 The College released Seminole State College: A 90-Year Retrospective at the beginning of February. The publication follows the institution’s journey from an extension of Seminole High School to its modern achievements. END_OF_DOCUMENT_TOKEN_TO_BE_REPLACED 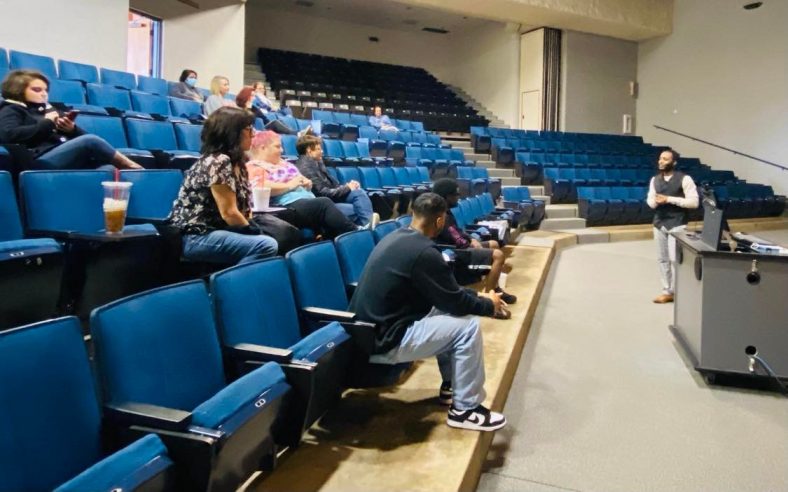 Seminole State College has recently developed a Diversity, Equity, and Inclusion Task Force to address needs and goals of the campus. The task force is led by President Lana Reynolds and includes many faculty, staff and students. END_OF_DOCUMENT_TOKEN_TO_BE_REPLACED 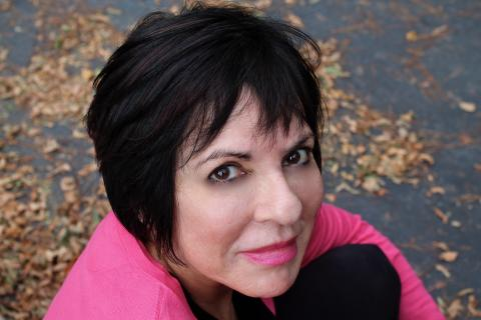 LeAnne Howe, an author and filmmaker, will speak to the Seminole State College campus community at 11 a.m. on Aug. 19 via Zoom, the video conference software. Click here to join the Zoom session. END_OF_DOCUMENT_TOKEN_TO_BE_REPLACED 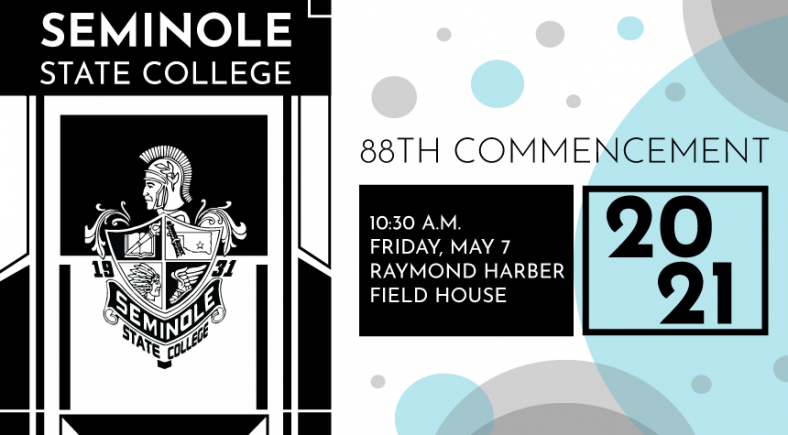 While in-person attendance will be limited at this year’s Commencement Ceremony to accommodate social distancing, you can still watch the event live in the space below or on our Facebook page.

When the event begins on May 7 at 10:30 a.m., you’ll be able to view the livestream in the space below. Until the video goes live, you may see a “Video Unavailable” message.

If, for whatever reason, the video is not displaying at the time the event goes live, you may also view the livestream directly here. 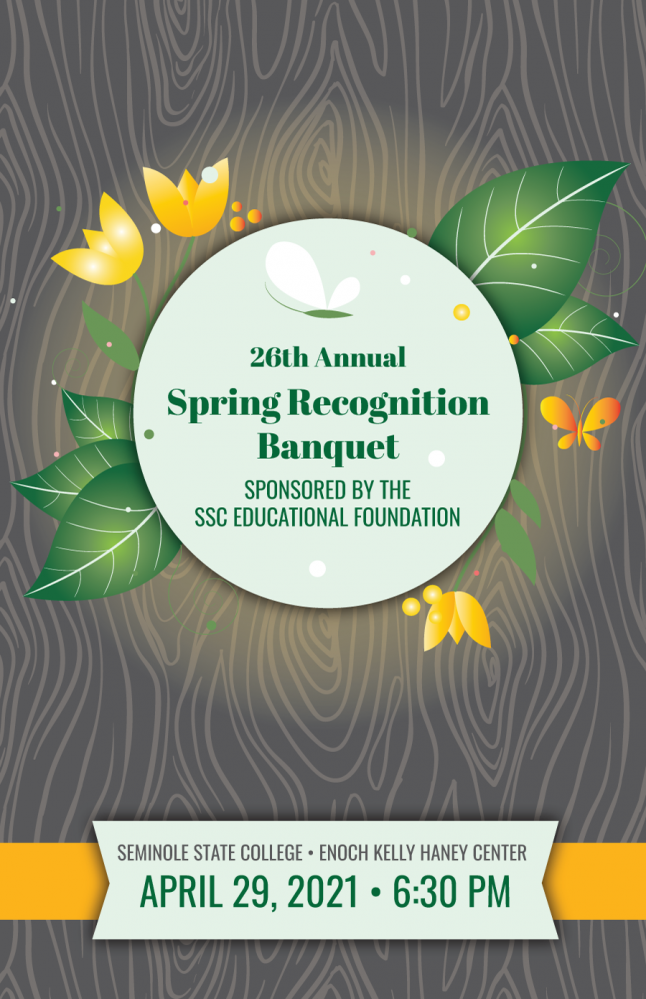