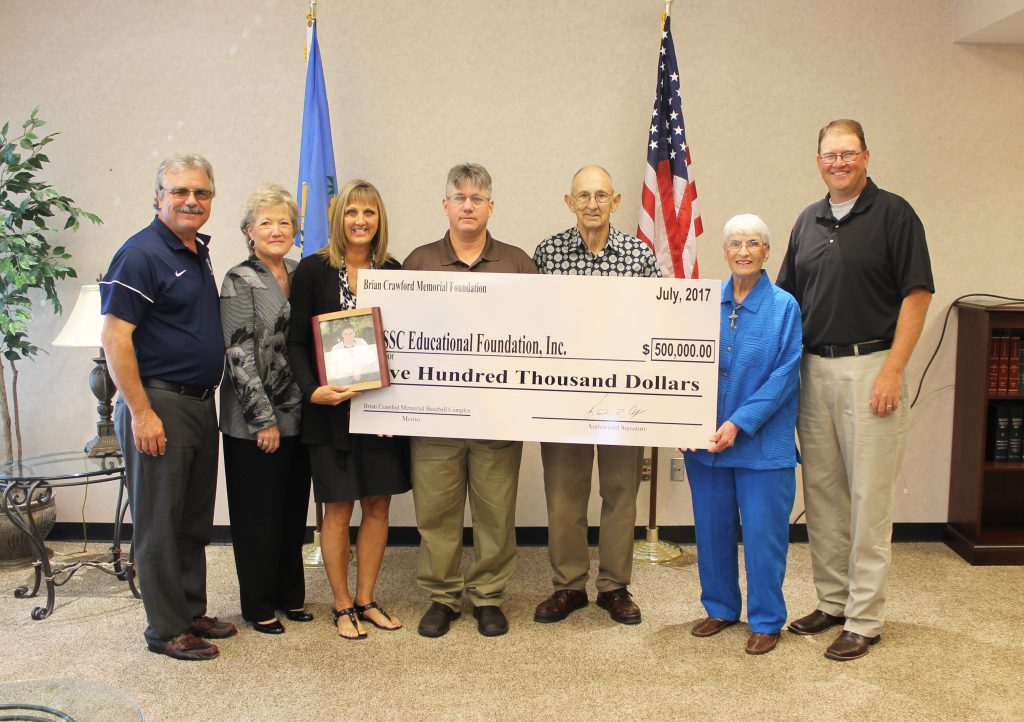 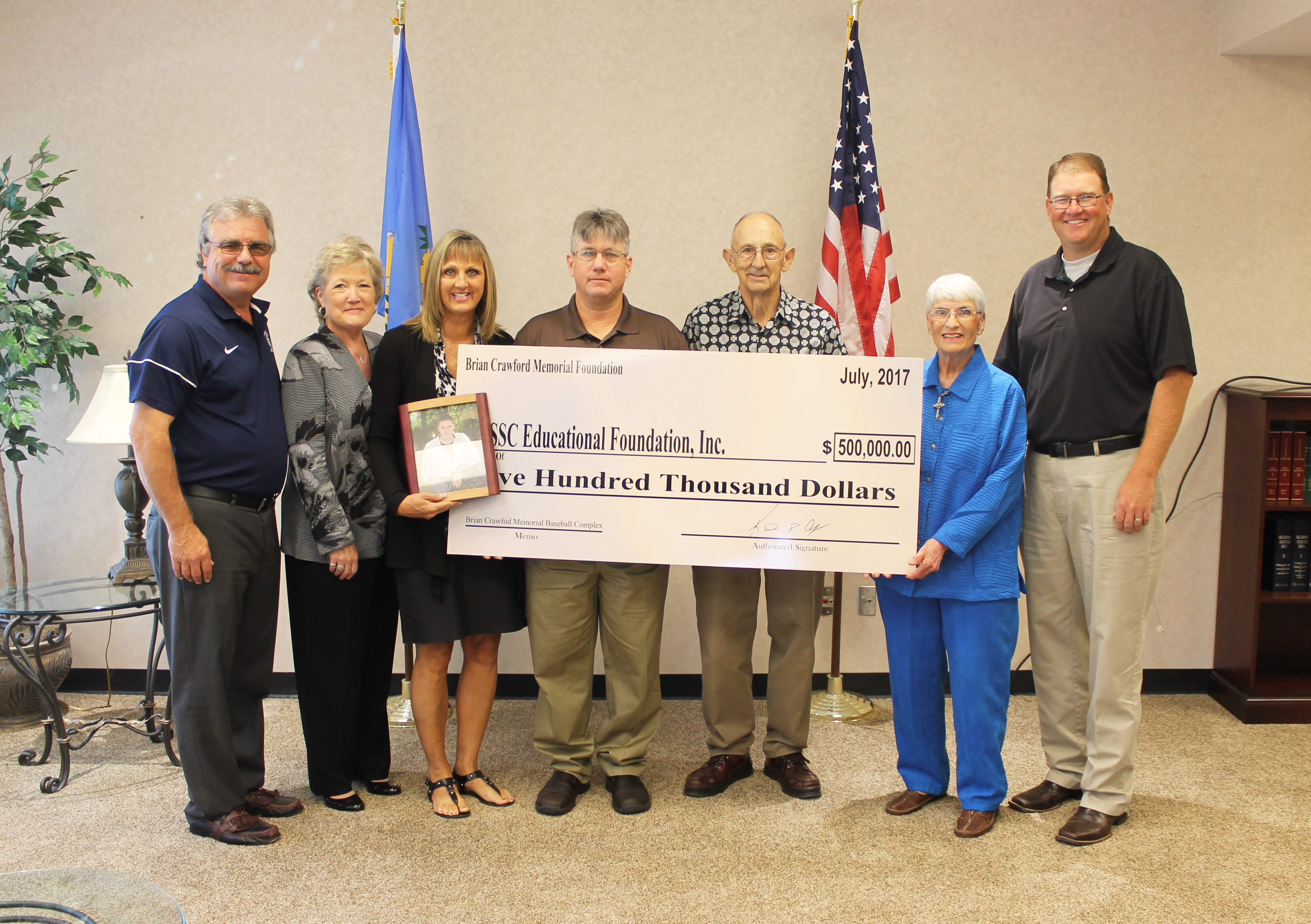 The Seminole State College Educational Foundation recently received a $500,000 donation from the Brian Crawford Memorial Foundation – a gift that will launch fundraising efforts for a new College baseball stadium and honor the memory of a local student-athlete.

In 2005, Prague High School senior Brian Crawford passed away after losing control of his vehicle during his morning drive to class. He was ejected from his vehicle after swerving to avoid a collision with the car in front of him, saving the life of a mother and her three children inside.Brian’s father, Kenneth Crawford, explained that after his son’s passing, a coworker first began a memorial fund for Brian. This memorial has grown and developed into the Brian Crawford Memorial Foundation, an organization that has worked over the past 12 years to raise money for a baseball complex to be named in memory of the young athlete. The Crawford Foundation has hosted a yearly memorial youth baseball tournament to help raise funds for this project, an event that has brought in teams from over 20 states.

Crawford explained that he and his family have searched over the years for the right opportunity and location for this baseball complex. After meeting with SSC officials and learning about their efforts to fundraise and construct new fields of their own, he knew it was the right fit. He and the Crawford Foundation pledged an amount of $500,000 toward the project and in turn, the complex will be named in memory of his son. Crawford said words can’t describe how it feels to be partnering with SSC on this project. “We’ve worked and worked to raise money for this complex, and now it has a home. We still have more funds to raise, but we are all on the same page and we all want this project to be successful,” he stated, adding, “This started as something for Brian, but I feel like it has grown into something much bigger. It’s a project that can bring people together, including others who have lost loved ones."

While becoming a namesake for the late Brian Crawford, the new baseball field and facilities will also provide the College’s nationally-recognized baseball program with a state-of-the-art complex. It can be used to attract games and tournaments throughout the state and beyond – bringing in potential tourism dollars to local hotels, restaurants and other businesses. This facility will benefit not only the community, but also generations of young athletes for years to come. The College holds a finance and lease agreement with the SSC Educational Foundation for the development and construction of this new baseball complex. This agreement allows the Educational Foundation to develop financing for this project and proceed with construction with the understanding that the College will lease the facility upon completion.